Ed O’Loughlin was born in Toronto, Canada, and grew up in Kildare town, Ireland. After studying English at Trinity College Dublin, he worked as a reporter in Dublin for the Dublin Tribune and the Irish Times. He later reported from Africa  for the Irish Times, Sydney Morning Herald, The Age, the Independent of London, Christian Science Monitor and others, and was Middle East correspondent for the Sydney Morning Herald and The Age of Melbourne.

Since returning to Dublin, he has written and reported for the New York Times, Economist, Atlantic, Irish Times, Times Literary Supplement and others.

His first novel, Not Untrue & Not Unkind was longlisted for the Man Booker Prize 2009 and shortlisted for the Kerry Group Irish Fiction Award.

His second novel, Toploader, a darkly comic vision of the “war against terror”, was published by Quercus in 2011.

His third novel, Minds of Winter, was published by riverrun in August 2016. It was a finalist for the Giller Prize and long-listed for the Sir Walter Scott Prize for historical fiction.

A fourth novel, This Eden, a tech thriller, is published by riverrun and House of Anansi in June 2021.

He lives in Dublin with his wife Nuala Haughey and two children. 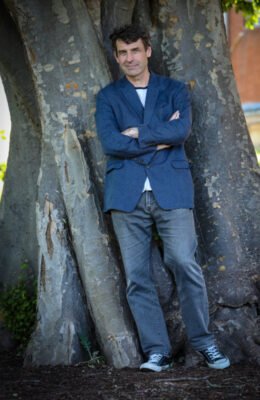